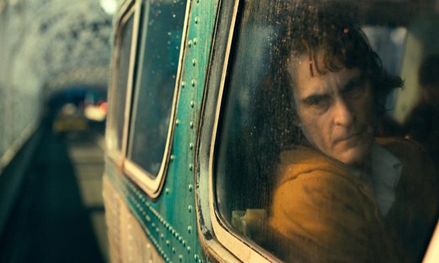 In the theater where we saw Joker, everything started off well: people stopped eating and we were enveloped in a deep silence, the kind that lets moviegoers forget where they are and immerse themselves in the film. At the end of the masterpiece, which is among the saddest stories in film, the audience broke out in heartfelt applause. There was only one moment during the movie in which I heard a painful laugh—it was when Joker allowed the only colleague who didn’t mistreat him to flee: laughter as a dividing line.

Pain is the barrier that separates the Joker and his colleague from everyone else.

Virginia Woolf likewise experienced illness as a borderland that keeps the ill apart from those who enjoy good health. From her sickbed, she held that life seemed a beautiful and faraway shore that we catch sight of from our ship out at sea: distant, very distant. We know full well that illness is a runaway horse that jumps nimbly yet violently over the fragile fence of sadness.

Virginia is surprised that illness, inherent as it is to the human experience, has been spoken of so little in literature, and she builds a case not only for using more radical language (rawer and more sensual) to refer to herself, but for building a new hierarchy of emotions such that illness is given the place it deserves. This is a topic, however, that has little appeal in our society.

Alaine Agirre’s breathtaking book, Txoriak etortzen ez diren lekua (whose title translates roughly as “The Place Where the Birds Don’t Perch”) was written in that very language. Often times writers are submerged in their painful existence, sinking until they touch the bottom of the ocean, where no ray of light penetrates. And they have to feel their way carefully because they’re surrounded by many dangers. Painful words can have an insurmountable and annihilating effect on both the writer and the reader. For this reason, because we are words, we should take great care with the world we name; the writer should similarly take care because she’ll be the only inhabitant in the world she’s creating for a very long time, until a wayward reader comes along. Nevertheless, it’s not easy to put boundaries on the world built from black and white; we should wish to have a cozy safety net that would protect both the writer and the reader, but it’s cold out in the open; the kind of cold that has been ravaging our windowless and shutterless house for ages.

This week, when I entered the room in the Koldo Mitxelena cultural center that houses the poetry collection, the border was the stench of poverty. Two men slept in reading chairs, and whoever passed through the door was entering a land of sadness. There is a reality that is more egregious than physical illness, and that is mental illness. The Joker had the haven of a home, a mother, and an imagination that let him dream of love. The two black men who had found refuge in the poetry room live a more terrifying reality: homelessness. The cold and the need to cope with the loneliness that stalks them day after day are what drove them to the room filled with poems, to the least populated place in the library. I hope that the books that overflow from the shelves in that room, books that understand loneliness all too well, will populate the dreams of the two men with their words of compassion. Hell is waiting on the other side of the door.