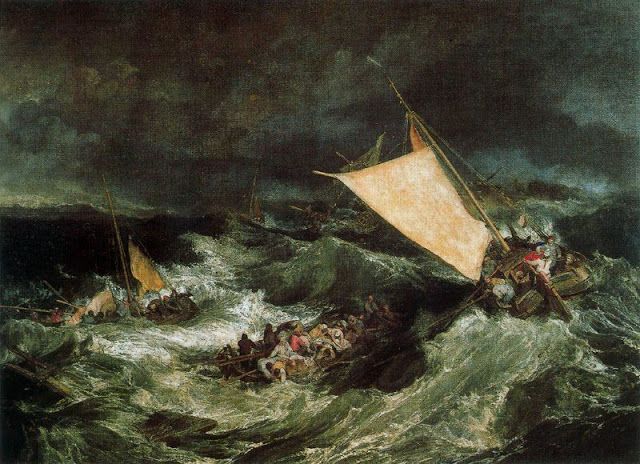 Having been born close to nature, my childhood landscape was shaped by the hills and mountains, and this is, perhaps, why the sea holds such a bewitching power over me: during the summer, I gaze from the shoreline into the cold, blue water, and the unfathomable surface becomes both an extension of the book that rests in my lap and the sway of my gaze and my thoughts; in wintertime, from one cliff or another I walk toward the roar of the inundated terrain to which the north wind offers its ferocity.

Because its waves swell with people under the summer sun, in winter its nostalgia for those bared bodies sends the lonely sea on its quest: it reclaims its territory, it returns what does not belong to it to the sandbanks and it succeeds in hearing the longed-for shouts of children. It sends forth a splash of foam, landing it on the blank page of the writer who approaches the shoreline, and the intense blue of the sea imperceptibly conquers the writer and makes her its own. This is why the words captured in its nets are so beautiful: the words of Conrad, Stevenson, Woolf, and many others…but especially so are the words written by the watery-gazed poets; it is because they belong to the seabed.

The sea is not alone. And yet, often times it does not realize that it doesn’t need its threatening roars to attract the gaze of lovers, the smiles of those strolling by, or the laughter of children. Seafarers allege that out at sea, far from our well-lighted world, on dreary, moonless nights there still exists a dark solitude, a reflection of the darkness at the bottom of the sea, where no ray of light reaches. And because it suffers the anguish of loneliness, the darkness engulfs boats, fishermen’s dreams and bodies as black as tar.

Marguerite Duras’s mother was not able to erect dams against the terrible and vast sea that devoured her sterile lands. And we are still terrified of the same roar during nighttime storms. The man who condemned Adolf Eichmann to death knew the perfection of that feeling; Eichmann’s ashes were scattered at sea so he would never rest in peace.

Today I approached the sea. It was calm, basking in the gaze of those who were observing it from the shoreline. Today its words were sweet and its voice could barely be heard as it traveled through the ducts of the Comb of the Wind; the only thing it told me was that its waters hid more than one grave.