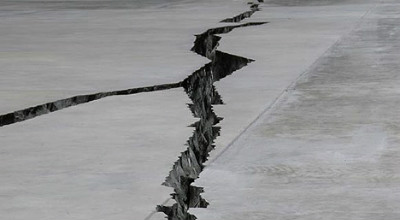 My father’s vegetable garden was one of the most beautiful terrains of my childhood. He arranged his small piece of geography with the precision of a cartographer and he studied the signs in the sky with the same instinct as the wisest of meteorologists, with an eye to diligently caring for and protecting his fruitful and easy to cultivate patch. He gave us a small hoe so we could learn to weed the land, and we decorated the stakes of the tomato plants with strips made from old sheets; our flitting to and fro never seemed to bother him.

Luis Garde’s book Barbaroak baratzean (which translates as “Barbarians in the Garden”), published by Balea Zuria, is one of the best poetry collections I read last year, and among the ones I would have liked to have written. A theme that runs throughout the poems in the collection is the idea of borders (a wall made of stone, of words, of wind or water, etc.) and the barbarians that move in these borderlands (shadows, creatures buried in the ocean waves) and their suffering.

The protagonist of the film Border, Tina, also lives in a borderland: she works in the customs office, she has very special abilities that make her stand apart from the others, and she’s in her element when she’s in the forest. Although her abilities are a plus in her work, she experiences them as an insurmountable obstacle; to escape her loneliness, she got involved in a relationship that nobody should have to endure. But then she falls in love. This love allows her to lower her defenses against others and it teaches her to be free and, above all else, love herself. Her new partner, however, sees the peculiar nature that unites them as a power they can harness to confront society, as a cause for struggle. Faced with this agonizing and critical crossroads, Tina chooses true love, the fragile bridge that connects her woods with the rest of the world: solitude.

While many Basques had to go into exile – into that devastating inner or outer solitude – in search of liberty, the dream of many others who had to immigrate to our land was based on the small garden in those lands without owners that were no longer tilled by anyone. As Garde notes in his book, they belonged to that lineage that, in wanting to see the finest flour at the end of the day, found themselves in limestone mines; they were beings that lived in the land of pain.

Today, my garden is found in the solitude of our bedroom; the words in the books that surround me – birds that have no notion of borders – constitute the window; the stories hewn from words are the field I labor in and which extends to others. Joan Margarit expressed it masterfully: “I believe in what happens in a poem’s starry night”1; his words, which have no notion of boundaries, are full of life itself – perhaps, as Luis Garde declares, this is because where there is no fear there can be no walls that split the sky.